"The progressive development of man is vitally dependent on invention. It's the most important product of his creative brain." - Nikola Tesla

"As the new variants spread in other countries where vaccination isn’t happening as quickly as Israel or the USA, there will still be a high demand for ICUs, ventilators and Personal Protective Equipment worldwide."

In April of 2020, a month after the pandemic started being a worldwide problem, multiple hospitals around the world started reporting that there they didn’t have enough ventilators to cover all COVID-19 patients. ICU (Intensive Care Units) availability started to be a problem in every hospital around the world that had COVID-19 patients.
‍
In simple terms, ventilators are used to provide respiration support when the lungs of a patient fail to move and work properly. The ventilator works as an external artificial lung that provides multiple modes of respiration and oxygenation to the air provided to the patient. In the case of COVID-19 patients, the need for a ventilator depends on the state and condition of the patient. Not all COVID-19 hospitalized patients require ventilators, and the length of a patient that stays on a ventilator varies case by case. In some cases, we knew of patients that stayed on ventilators for one day and others a full week until they recover.

Traditional ventilators cost around $30K USD. During the beginning of COVID-19, these ventilators were sold for multiples of that to Governments and hospitals that were desperate to get some of them. There were reports that some agencies buying ventilators were defrauded as the orders they were putting for the ventilators weren’t from vendors that actually had the inventory and never delivered them.

In the city of Oaxaca, Mexico, twenty-seven ventilators, some of which were in use by patients, were stolen from a COVID-19 hospital to later be sold on the black market.
‍

When I looked at the functionality of ventilators, I thought this a device that could be designed and manufactured at a low cost and in mass production (I have experience building robotics in production and this has helped significantly). I studied the functionality of ventilators, the respiration modes, and the basic and minimal functionality that was needed for COVID patients (at the time there was limited information).
I talked to many doctors and healthcare professionals that were working in the field to learn what they were familiar with and learn as much as possible about the ventilator’s functionality and COVID-19 treatment with them (at the time it was very early and even doctors were learning about the treatment for COVID-19 patients). I watched every YouTube video out there at the time that had information about ventilator functionality, instructions and operation and read a manual from an old ventilator to get familiar with it.

Once I was familiar with the functionality of ventilators, how they worked, and what COVID patients required at a minimum with the help of a ventilator, I decided to volunteer and build a ventilator with off-the-shelve parts and released its first design open source. The project went somewhat viral, and many people and teams reached out from all around the world to help build the ventilator for their local communities. The BBC covered a part of the story. It was a very special moment for me and thought I could definitely help with this initiative and hopefully make a difference.

One of those teams that reached out, was a team in connection with some friends that were in Colombia and Mexico (Resilient Life). The team was already very well connected with local authorities in Mexico, Colombia, Pakistan, and doctors that have been mentoring the team and they already had some initial donations (and it's one of the best teams I have worked with).

I decided to volunteer my time to keep doing engineering and manufacturing and donated some funds for the first versions of ventilators. Since then, we have been working to produce them, test them and certify them. Until today (March 2021), I am super proud and excited to keep working with this team formed by Claudia Aparicio, Andres Felipe Giraldo, Victor Gomez, Guillermo Chavez, Oswaldo Chavez, Dany Areli, and Diana Ponce. (More information about out progress: https://resilientlife.science/resilientbreath)

While it seems that there’s a light to the end of the pandemic in the USA and few other countries, most developing countries are still struggling to get ventilators and other supplies. In Mexico and Colombia, many of the ventilators that were ordered in 2020 haven’t arrived yet, aren’t enough and some of the ones that were delivered don’t work. Unfortunately, the media is not covering this anymore (as headlines have been flooded with other news), but there’s still a lack of supply of ventilators in most developing countries, especially in Latin America, Central, and South Africa, India, Pakistan, and others.
‍ 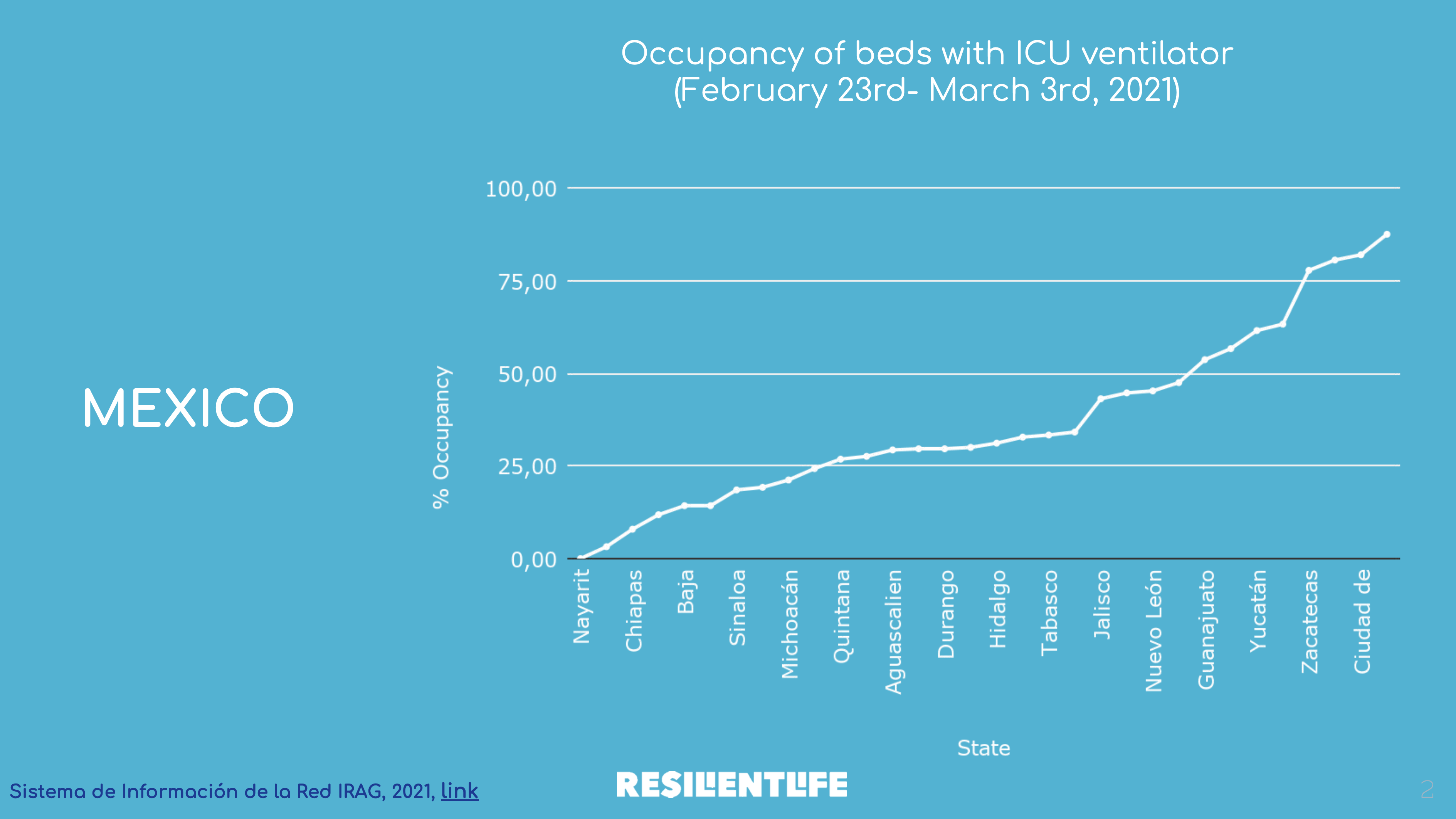 As the new variants spread in other countries where vaccination isn’t happening as quickly as Israel or the USA, there will still be a high demand for ICUs and ventilators. Our goal with the ventilator has been to produce low-cost ventilators (less than $5K) that can be deployed in developing countries to help with the relief of COVID-19 and future pandemics. The situation we lived in April 2020 with ventilators, should never, ever happen again.
Patients in hospital per million (data as March 7, 2021) 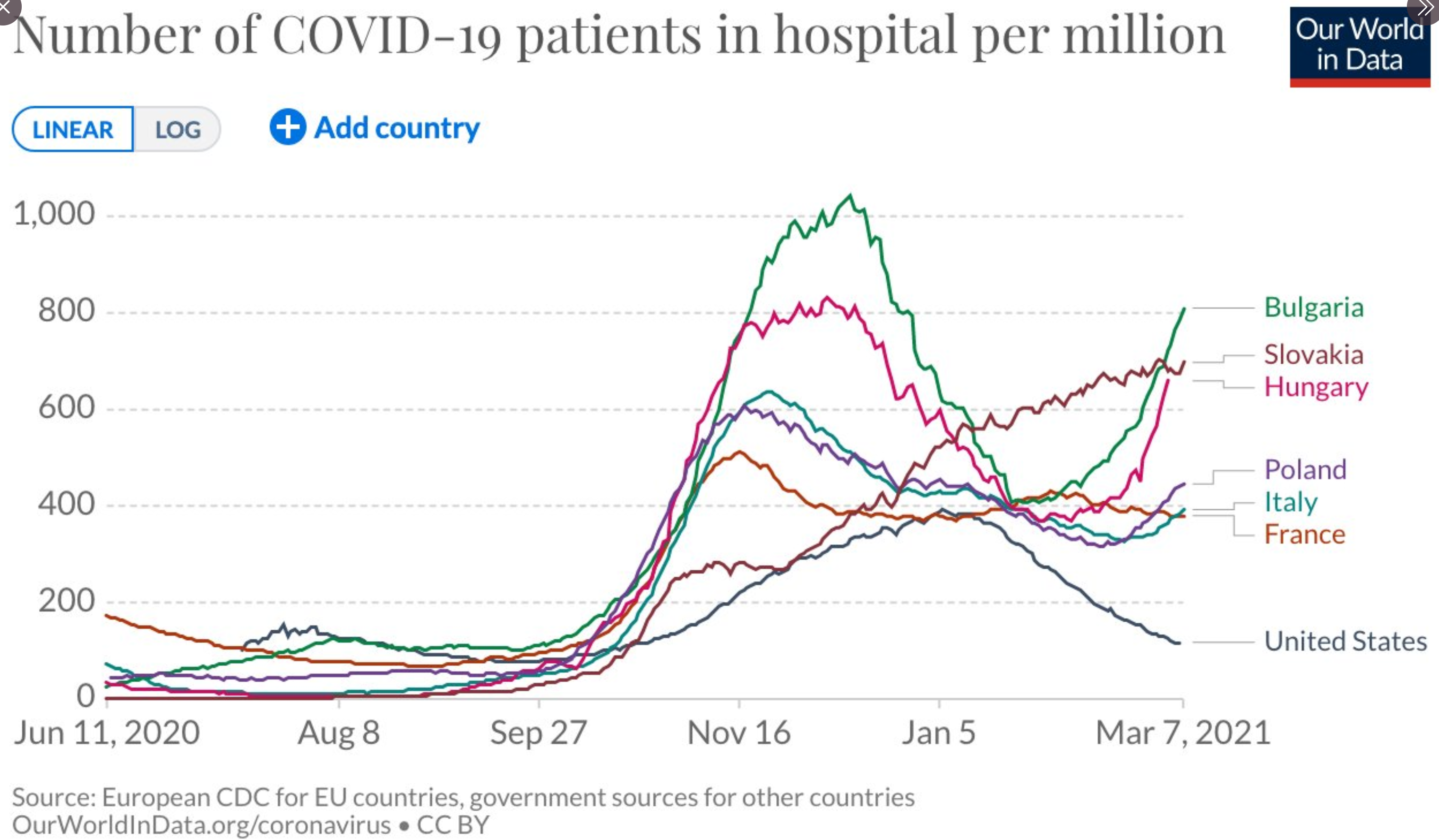 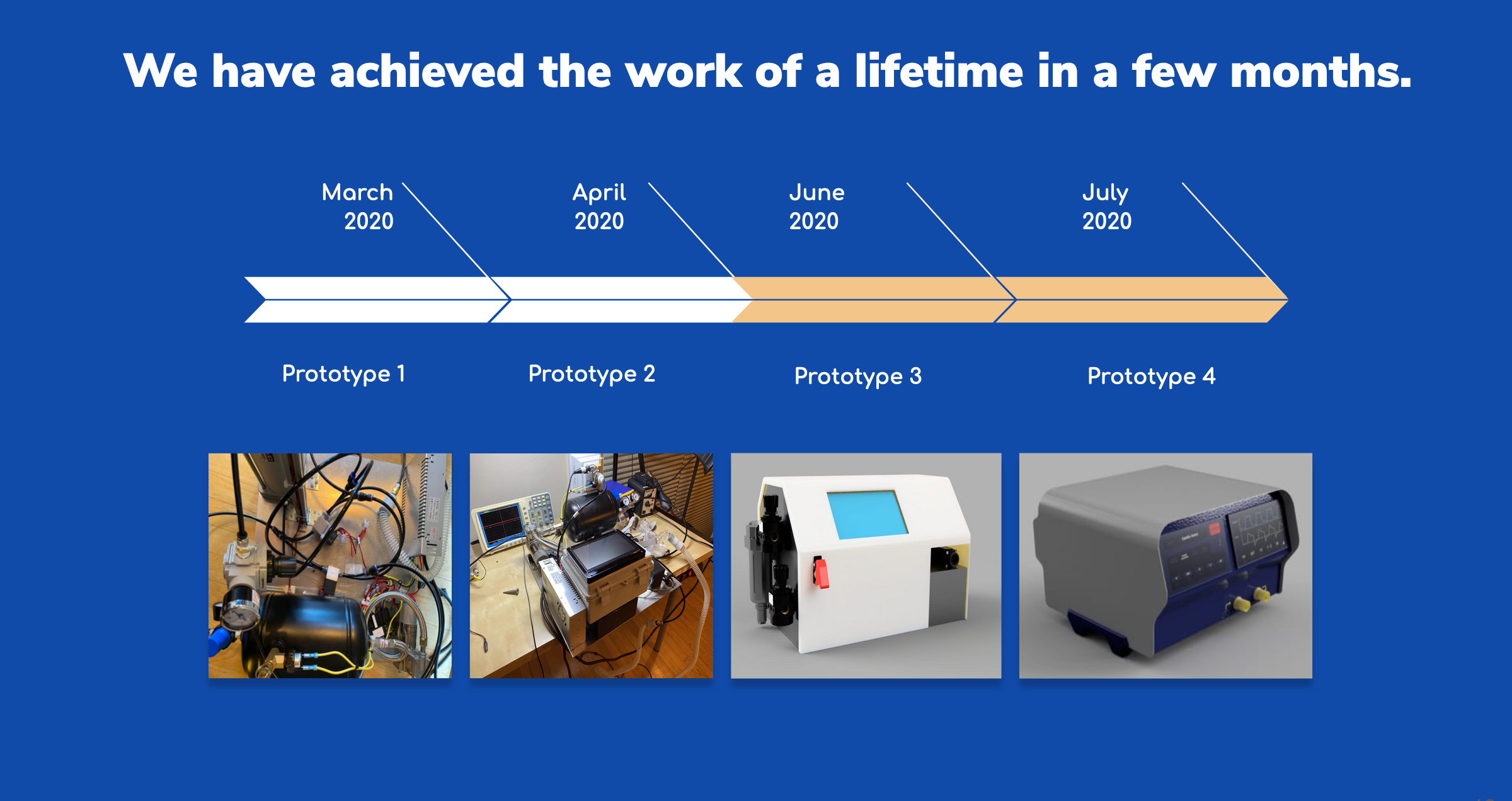 We will keep posting progress on our end as we move forward with this work. If you would like to help or have any questions, please don't hesitate to contact me.
HomeAboutMediaPortfolioBlogContact